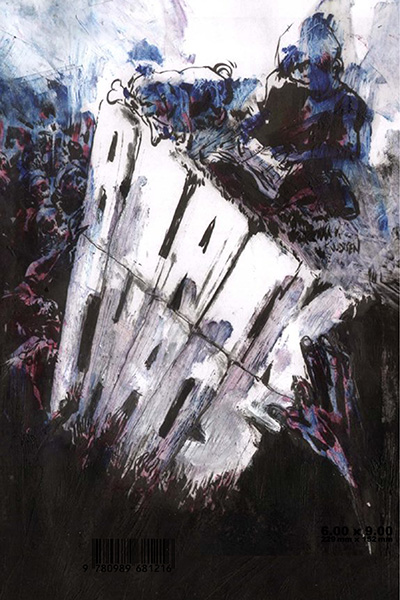 Black Chaos:
Tales of the Zombie

Buy it now from the Big Pulp store in print or ebook.

In Black Chaos, Big Pulp has assembled 25 frightening, funny, gloomy, and grim SF, fantasy, and horror tales examining the zombie. Some of the best indie and small press writers around will take you from the burbs to the racetrack, from New York to the UK, from the Civil War to the near future to show you their visions of the undead. You think you know zombies? Not until you've read this collection!

"Wild With Hunger" by Lee Clark Zumpe
"The Southron Wind" by J. Adrian Cook
"As You Were" by K.J. Newman
"Pool #4" by Cecelia Chapman
"Like the Jellyfish" by Katherine Sanger
"Fathoms" by Rich Hawkins
"The Staggering Boy" by Douglas Ford
"Graveyard Slot" by Christopher Keelty
"Ferals Like You" by Cheryl Elaine Williams
"Survival of the Fittest" by Milo James Fowler
"Dust" by Noah Bogdonoff
"Last Rites" by Geo"rge Cotronis
"Snoring Wakes Them by Harri B. Cradoc
"Nothing Else Matters" by J. Rohr
"Run for the Roses" by Gerri Leen
"Only the Lonely" by Conor Powers-Smith
"Instinct" by John Dodd
"Preservation" by Rebecca Boyle
"Carrion Luggage" by Shane Simmons
"Mama Noodle" by KJ Hannah Greenberg
"Zombie Chic" by Peter Andrews
"The Risen" by Steven Axelrod
"Expediency" by Paul Lorello
"The Chosen" by Thomas Logan
"Alice, in Decline" by E. Manning-Pogé