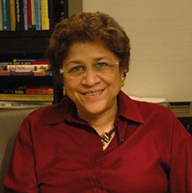 Keyan Bowes is frequently ambushed by stories, and took the 2007 Clarion Workshop for science fiction and fantasy writers in self defense. Keyan’s work has been accepted by several magazines, including Strange Horizons, Cabinet des Fees, and Expanded Horizons, and is included in three anthologies, Eight Against Reality and The Book of Tentacles, as well as Art From Art. Her story “The Rumpelstiltskin Retellings” was made into a short film by Justin Whitney (Sea Urchin Productions). She is currently working on two young adult fantasy novels.